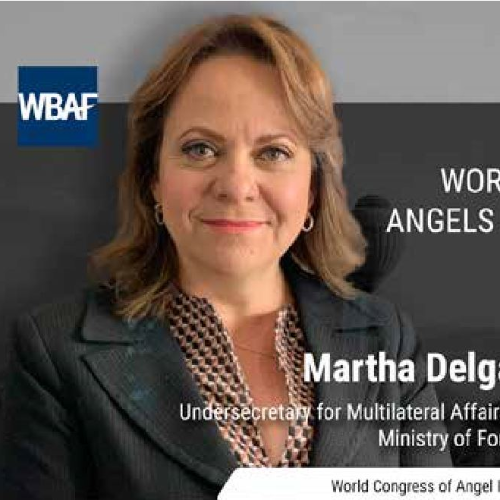 Martha Delgado is currently the Undersecretary for Multilateral Affairs and Human Rights at the Mexican Ministry of Foreign Affairs, where she promotes a multilateral foreign policy agenda.  Martha is a recognized environmentalist leader at the national and international levels. She has 28 years of consecutive professional experience in various areas of national public service: in the Federal Public Administration, leading non-profit organizations dedicated to environmentalism and human rights, as an independent member of the Mexico City congress, as Secretary of the Environment for the Mexico City government, and as General Director of the Global Cities Covenant on Climate at Fundación PENSAR. Martha has served on the boards and advisory committees of various international and multilateral organizations and has led global networks on urban and environmental issues. She is currently the President of the first UN-Habitat Assembly (2019-2023), and also serves as Sherpa for the High Level Panel for a Sustainable Ocean Economy (2019-2020), representing Mexico. Martha is certified in Environmental Policy and International Development by Harvard University (2017). In addition, she has written numerous scientific articles and has published opinion pieces in nationally recognized newspapers and specialized media such as El Universal, El Economista, Milenio, Foreign Affairs as well as the magazine Este País.